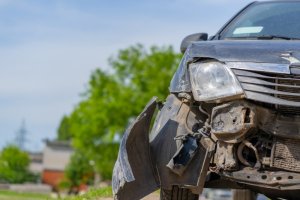 Between 2003 and 2012, over 2000 people were killed by drunk drivers in Kentucky alone. Many thousands more were seriously injured. Still, though, 1.5 percent of Kentucky residents report that they have driven after drinking too much in the last 30 days.

Gladstein Law is dedicated to helping the victims of drug and alcohol-related traffic accidents. Even if you are unsure of who was at fault for your crash, Louisville DUI accident attorney, Seth Gladstein, can help you understand your case and your best options for legal action. Contact us today to schedule a private, free consultation.

Driving Under The Influence of Drugs or Alcohol: Quick Facts

Although tough laws and helpful education programs have helped curb driving under the influence in recent years, drug and drugged driving is still an enormous public health concern that steals the lives of people across Kentucky each year.

Here are some national statistics about driving under the influence of drugs and alcohol:

If a Kentucky driver has a blood-alcohol level of .08 percent or higher, he or she is considered to be driving under the influence. This is because alcohol causes slower reactions and impaired thinking, making drunk drivers a hazard when they are on the road and behind the wheel.

Sadly, everyone who is on the road with a drunk driver is also in serious danger of being involved in an accident that could result in severe injuries or even death.

Who Is Responsible for a DUI or DWI Accident in Louisville, KY?

You may think that the fault of a drug or alcohol-related motor vehicle accident is obviously the driver who is under the influence.

However, DUI and DWI cases and be complex, and the fault could ultimately involve one or more other parties. For example, the following parties could be at-fault for your accident and injuries:

It is important to note that Kentucky does not have “social host” laws, which may hold the host of a party or gathering responsible for a DUI or drug-related car accident because they served substances to their guests. It is also important to note that injury victims and their families have just one year to file a dram shop claim in Kentucky.

What You Can Do To Prevent Kentucky Drunk Driving Crashes

The team at Gladstein Law Firm is passionate about helping those who have been victims of a drunk driver, or a driver who was under the influence of drugs. By offering you a free consultation, Seth Gladstein can learn about the accident and evaluate the possibility of financial compensation for you or your loved one’s injuries.

With Seth at your side, our legal team will work at:

Some lawyers will encourage you to settle without filing a lawsuit. However, if the insurance company of the other driver is not willing to settle the case, Seth will absolutely file a lawsuit and take the case to trial.

You may reach the Gladstein Law Firm by calling 502-791-9000. You may also reach us through our online contact form. Reach out today to get the professional legal help you need from an experienced DUI accident attorney in Louisville, KY.