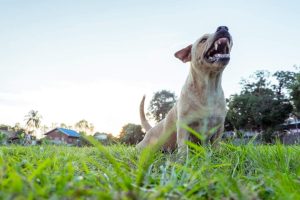 About 4.5 million dog bites occur every year. Tragically, small children are the most likely to suffer a dog bite, sometimes resulting in lifelong emotional scars. So how do you seek compensation if you suffer a dog bite injury? After all, you cannot sue a dog. The solution in most cases is to retain a Louisville dog bite lawyer to file a personal injury claim against the dog’s owner.

Unlike many states, Kentucky has no single dog bite law. Instead, the dog bite rules consist of several statutes that apply under various circumstances.

Over a dozen states apply a “one-bite rule” that allows the owner to escape liability if the dog had shown no aggressive tendencies before. Kentucky is not one of these states.

In Kentucky, the dog owner is strictly liable for any damages caused by their dog, no matter how peaceful its disposition has been in the past. This liability is not limited to bites—it can include other injuries including injury to livestock and property damage. Therefore, your chances of winning a dog bite claim in Kentucky are pretty high.

Should You Sue Your Neighbor? Insurance Coverage for Dog Bites

In a great percentage of dog bite cases, the dog owner is a neighbor or a friend of the victim. If you suffered a dog bite inflicted by your neighbor’s dog, you might be hesitant to press forward with a claim.

After all, you might not want to force your neighbor to sell his house to pay your claim. Fortunately, it is relatively unlikely that your neighbor would have to pay the claim themselves.

Damages for a dog bite claim break down into the same categories of damages that make up other personal injury claims, including:

Normally, the remedy for a dog bite is limited to money damages. Only in rare cases will the dog be put to sleep or the owner charged with a crime.

How Much Is a Dog Bite Claim Worth?

In the United States, the average dog bite claim is now worth over $50,000, at least if the claim is paid by insurance. As long as the insurance company pays the claim, the only expense to the dog owner is likely to be the deductible, and perhaps, higher insurance premiums in the future.

In most dog bite claims, the dog’s owner is solely liable for damages. In some cases, however, a third party may be liable.

The most common third-party defendants include:

Suing a third party does not necessarily prevent you from suing the dog’s owner. In some cases, you can sue both parties.

Many states codify dog bite defenses like provocation and trespassing. In some states, for example, the dog bite victim must prove that they did not provoke the dog.

Another possible defense arises when a burglar or other trespasser suffers a dog bite. Should a dog owner have to pay a burglar for dog bite injuries sustained while robbing the dog owner’s home?

Well, trespassing is a complete defense to a dog bite claim in many states.

Kentucky subsumes all possible defenses to a dog bite claim under its “pure comparative fault” system. Under this system, the court assigns a percentage of fault to each party. Each party will pay its own damages based on this percentage.

The Statute of Limitations

The Kentucky statute of limitations tells you how long after the bite you can file a lawsuit. If you miss the deadline, in all likelihood your claim will lose all of its value immediately.

In Kentucky, the general deadline is one year after the bite, subject to certain very narrow exceptions.

Most victims resolve their dog bite claims through negotiations with an insurance company. However, you might need to file a lawsuit to gain access to certain evidence-gathering resources and to prove to the insurance company that you mean business. The best approach is usually to attempt to settle but be ready to sue. 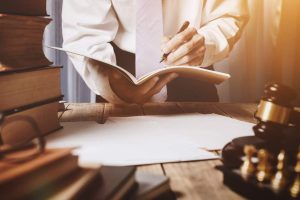 At Gladstein Law Firm, PLLC, we win almost all of our claims. Louisville dog attack attorney Seth Gladstein makes sure of this.

Consequently, we can afford to waive our fees on rare occasions when we don’t. That means you owe us nothing unless you win your claim, and your money actually arrives.

Our experienced lawyer also assists clients with other types of cases, including:

Act quickly, because the Kentucky statute of limitations clock is ticking.  Contact us online or call us today to schedule a free consultation with a Louisville dog bite attorney.