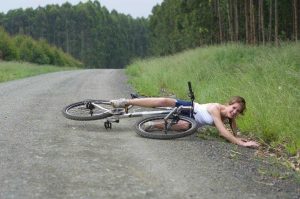 Cyclists have just as much right to utilize our city and state roads as any motorized vehicle. Yet each year hundreds of bike accidents take place in Kentucky due to the ignorance and negligence of others.

Unfortunately, when a bike and a motor vehicle collide, the motor vehicle always wins, while the cyclist all too often is left with serious and sometimes fatal injuries. What would be a simple fender-bender between two cars can be a deadly accident when a bike is involved. Even when the cyclist survives, he or she could face a long rehabilitation or permanent disabilities stemming from head injuries, neck and back injuries, fractures, lacerations, and internal injuries.

Far too many people, from drivers to police officers, are biased against cyclists and bike commuters. For this reason, it is extremely important for injured bike riders to speak to an experienced, knowledgeable Louisville bicycle accident lawyer about their case. To schedule an appointment with Louisville bicycle accident attorney Seth Gladstein and the team at Gladstein Law Firm, PLLC please call us directly or fill out our short electronic contact form.

In 2014, Louisville Public Works put together a seminal report on bike accidents and bike safety in Louisville and the surrounding area. The report contains a number of important facts and statistics about bike collisions in the city, including:

The Five Most Dangerous Intersections in Louisville for Cyclists

Along with congested main arteries, intersections are the most common locations for serious bike accidents. Specifically, researchers have determined that there are five intersections within Louisville’s city limits that are hotbeds of bike-car collisions:

In some cases, bicycle accidents happen because of poor road design. When municipalities are aware of road design issues and do not fix them, they could be liable for your accident and injuries. It is important that you speak with a knowledgeable Louisville bicycle accident attorney to discuss your case and answer any questions you might have.

Bike accidents happen for a myriad of reasons, from poor weather conditions to speeding to manufacturer defects. However, a significant number of Kentucky bike accidents take place because of the negligence of a motor vehicle driver. The most common ways that drivers can cause bike accidents include:

Many people don’t know that the car insurance of a negligent driver can pay for all of the costs of injuries stemming from a bicycle accident. Under Kentucky law, and cases that have interpreted those laws, personal injuries caused by an automobile is liable to the protection and limitations of the Kentucky Motor Vehicle Raparations Act (MVRA), including bicycle accidents.

If you have been injured in a bicycle wreck in Kentucky, or if you know someone who has, Gladstein Law Firm, PLLC is here to help you understand your possible claim and answer all of your legal questions. Seth Gladstein focuses on personal injury cases, and offers no-cost consultations so you can learn whether you are entitled to financial compensation for your bike accident injuries. Call Seth Gladstein today at (502) 791-9000 or toll-free at (800) 991-0474.