Which Types of Accidents Can Lead to Brain Injuries? 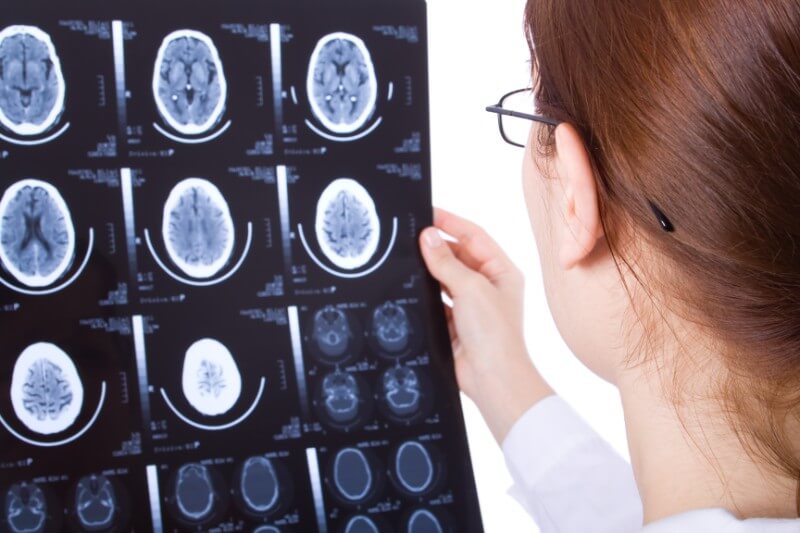 A traumatic brain injury, or TBI, is a serious head injury caused by a sudden blow to the head. While any accident involving a head injury can result in a TBI, the most common causes of TBIs are motor vehicle collisions, slip-and-fall accidents, sports injuries, and work-related accidents.

According to the most recent statistics by the Centers for Disease Control and Prevention (CDC), just under three million people experienced a TBI in 2014. This represents a 53 percent increase from the number of TBIs in 2006. In part, this dramatic increase is due to doctors’ increased understanding of the human brain and the improved ability to detect TBIs. However, regardless, the number of people dealing with the ongoing symptoms related to a traumatic head injury is staggering.

Falls: The Leading Cause of Traumatic Head Injuries

Falls are the single leading cause of TBIs. According to the CDC, one in five people who fall will suffer a serious injury. Head injuries are among the most common types of injury following a slip-and-fall accident.

Slip-and-fall accidents can occur in just about every aspect of life. While a significant portion of older people falls at home, when looking at all age groups, the majority of falls occur outside the home.  For example, the following hazards are common causes of Kentucky slip-and-fall accidents:

Trip and fall accidents also very frequently occur in the workplace. In fact, on-the-job falls are the leading cause of all workplace injuries. While certain jobs present a higher risk of falling than others, any worker who spends even a small portion of their day on their feet may suffer a head injury after a fall.

If you suffered a TBI after a slip-and-fall accident on another’s property, you may be entitled to compensation for what you have been through. However, you will only get one chance to bring a case, so working with an experienced injury lawyer is crucial.

Auto Accidents: The Second Most Common Cause of TBIs

Aside from falls, motor vehicle accidents are the second most common cause of traumatic head injuries. The forces involved in a Louisville auto accident are enormous, and in the aftermath of a crash, drivers and passengers can very easily hit their head on an object inside the car, such as the dashboard or steering wheel – even when wearing their seatbelt. These head injuries may not seem concerning at first; however, the symptoms of a TBI do not always show up right away. Thus, it is crucial for anyone who has suffered a head injury in an auto accident to obtain prompt medical care.

A TBI is a sudden injury that causes damage to a person’s brain. Doctors classify traumatic head injuries as either open or closed. Closed head injuries are those involving a bump, blow, or jolt to the head, but no penetrating wound. Open TBIs, which are often much more serious, occurs when an object penetrates the skull.

Most brain injuries are a combination of primary and secondary injuries. A primary injury consists of damage to the brain caused by the initial impact. Primary injuries may include a skull fracture, hematoma, hemorrhage, or a diffuse axonal injury. Secondary head injuries are the result of physiological changes to the brain caused by the primary injury. These injuries may not become apparent for hours or days after the initial impact. For example, secondary brain injuries include the following:

While not every head injury is life-threatening, brain injuries have the potential to be extremely serious and can leave accident victims with life-changing symptoms. Those who have suffered a head injury may be entitled to compensation for their injuries. However, it is essential to act quickly for several reasons. First, and most importantly, seeking prompt medical care can prevent the worsening of symptoms. Second, by seeking medical attention, an accident victim creates a record that can later be used to help prove their case.

Brain injuries vary in type and seriousness, as do the symptoms of a TBI. Depending on the extent of the damage caused by the accident, someone experiencing a traumatic head injury may exhibit both physical and psychological symptoms. The common physical signs of a TBI include:

In addition to the physical symptoms, brain injuries also often result in cognitive and sleep-related symptoms, including:

The symptoms of a TBI may appear immediately or may not surface for days or weeks later. Thus, it is essential for an accident victim to visit a doctor anytime they endure a blow to the head, even if they are not immediately experiencing any symptoms.

If you or someone you love has recently suffered a head injury in an auto accident, contact the dedicated injury attorneys at the Gladstein Law Firm, PLLC. Attorney Seth Gladstein, the founder of Gladstein Law Firm, PLLC, has nearly 20 years of experience handling a wide range of complex personal injury cases, including those involving traumatic head injuries. Attorney Gladstein understands that the post-accident recovery is a challenging time for accident victims and their families, and takes every step possible to make the process as straightforward as possible. To learn more and to schedule a free consultation, call today or contact us through our online form.

What Is the Most Common Type of Surgical Error? How to Capture Important Photographic Evidence after a Car Crash