What Makes Slip and Fall Cases So Difficult? 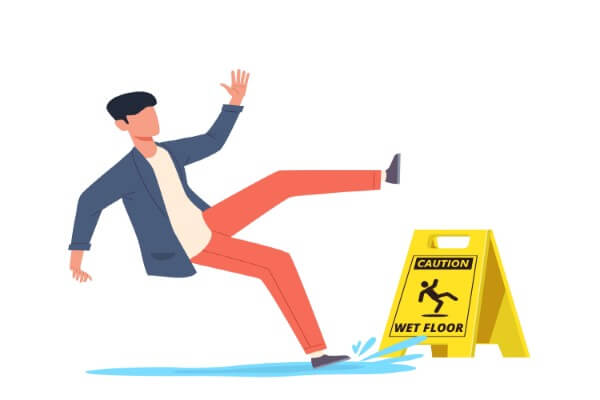 Slip and fall accidents, to the extent that they are actionable in court, usually take place in public establishments – an escalator in a strip mall, for example, or in an icy parking lot of a grocery store. Owners and occupiers of premises that are open to the public (such as most retail businesses) have a responsibility to keep their premises reasonably safe for visitors.

Who to File Your Claim Against

In a slip and fall case, the party to file your claim against is usually the property owner. This is true even if the accident (a broken arm caused by a collapsing stairway rail, for example) was caused by the negligence of the owner’s employee, not the owner himself. The reason for this is that employers are liable for the on-duty misconduct of their employees – regardless of whether they are personally responsible – and employees typically don’t have financial resources anyway.

In some cases, however, your injury may have been caused by a negligent independent contractor (an elevator repair technician, for example) or the manufacturer of a defective product. Other types of lawsuits are available to gain compensation in such cases.

The Four Elements of a Slip and Fall Claim: What You Have to Prove to Win

If you are injured as an invited guest on someone else’s premises (a customer at Wal-Mart, for example, rather than a burglar), then the owner had a duty to exercise reasonable care to ensure that the premises were made safe for you.

Next, you will need to show that a dangerous condition existed on the property because of something the owner or the owner’s employee did or failed to do – dropped a banana peel on the escalator, for example, or failed to salt the parking lot on a snowy day. Third, you will have to show that the dangerous condition actually caused your injuries. Fourth, you will have to prove every dime of the damages you are claiming, including your pain and suffering.

A variety of obstacles may present themselves as you pursue a slip and fall claim. The following are only a few of the potential pitfalls.

The Statute of Limitations Deadline

This one-year statute of limitations’ clock begins ticking on the date of the accident. If the victim dies in the accident, however, the clock gets set back to the date of death, and the personal representative of the deceased victim’s probate estate will have a year from that date to file a wrongful death lawsuit.

Car accident victims can use skid marks, eyewitness reports, police reports, etc. to prove their claims. Up until recently, however, slip and fall accidents often devolved into a “he said, she said” situation – you had to take the plaintiff’s word for it or the defendant’s, with little or no objective evidence.

With the recent proliferation of cameras, however, it is becoming easier to prove a slip and fall claims one way or the other. Even camera footage, however, can’t necessarily tell you how slippery a floor was.

Over the years, the word “whiplash” has become almost synonymous with bogus or frivolous personal injury claims. Unfortunately, whiplash and other forms of soft tissue damage claims are usually legitimate, and so is the pain that these conditions cause. The problem is that medical instruments often cannot detect the damage, leaving you with only your own testimony to establish your injury.

To win a slip and fall claim, you must not only prove the existence of a dangerous condition, but you must also prove that the dangerous condition was a substantial cause of your injuries. But how much is “substantial”? The determination is inherently subjective, and that is where lawyers fight it out in court.

Causation might be obvious, for example, if you fall through rotting floorboards into someone’s basement and break your ribs. But what if you slipped on a slick but dry floor and aggravated a pre-existing back injury? Liability might not be so easy to determine in that case.

Negotiating with the Insurance Company

It’s not just a matter of whether you “win” or “lose” – it’s how much you walk away with. “Winning” $100,000 on a $150,000 claim is really losing, while winning $80,000 on an $80,000 claim is actually winning. But what happens if both parties share some blame for the accident? What happens, for example, if you slip and fall on a wet floor and, later at the hospital, alcohol or even a legal but intoxicating prescription drug is found in your bloodstream?

If you have been injured in a slip and fall accident in the Louisville, KY, area that may have been caused by someone else’s negligence, you need to act quickly – before the glue of circumstance hardens beneath your feet. Get started today by contacting the Gladstein Law Firm, PLLC, for a free case evaluation. Call our office directly or contact us online with your questions.

How Do I Check a Doctor to See If They Have a History of Malpractice Claims? What Is the Most Common Type of Surgical Error?