What Are Your Legal Rights If You Were Hit By a Driver Who Was High?

Home » What Are Your Legal Rights If You Were Hit By a Driver Who Was High? 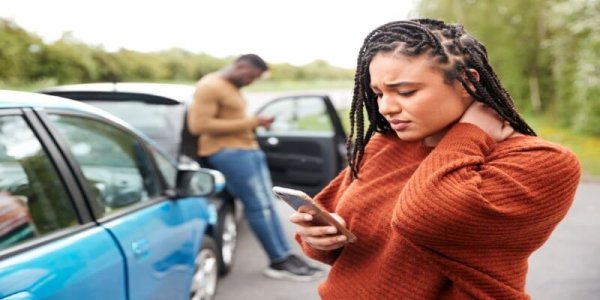 As the victim of a DUI accident, you have rights. DUIs do not just involve drunk drivers; instead, it can include anyone who is impaired, including those under the influence of drugs. The courts not only will impose criminal penalties, but you have the right to hold the driver accountable in civil court using a personal injury lawsuit.

A person who causes an accident while high is not only irresponsible but criminally negligent. They will most likely face charges in criminal court, and the victim of the accident will also have an opportunity to seek compensation through civil proceedings.

A person can be convicted of driving while intoxicated, taking illegal substances, or even prescription medications. Likewise, if a person knowingly takes a medication that will impair their ability to drive safely, they have committed negligence, which opens the door to a personal injury lawsuit.

Driving While under the Influence Is Illegal in Kentucky

Instead, if the substance was enough to hinder a person’s ability to drive safely, they are driving while under the influence.

It is unlikely a driver would cause an accident while high and not face criminal charges. Depending on the severity of your injuries (and others involved) from the accident, the driver could face a misdemeanor or felony. For example, if that driver were to cause the death of a driver in another vehicle, then they would no longer just have a DUI charge, but vehicular manslaughter.

Regardless of the criminal charges the driver might face, you need to realize that criminal cases are not where you will receive compensation for your injuries. You do have the right, however, to testify against the driver in court, testify about your injuries, and help the prosecution put that driver in jail for their actions.

Sometimes, the courts will issue compensation in a criminal case, but this is usually only for vehicle damage. Known as restitution, the court will force the driver to pay victims of their crime and it is part of their sentence. This amount is nowhere near what you will need for your total losses. If you want the compensation you deserve for medical expenses, lost wages, and long-term suffering, you need to seek it out in civil court.

The Criminal System Will Not Help You Recover Financially

You cannot rely on criminal courts to compensate you. Furthermore, a driver may not even be convicted of the DUI. The criminal system has a higher bar for proving guilt because the prosecution must prove guilt beyond a reasonable doubt.

The outcome of a criminal case does not affect the outcome of your civil case, but it can help. While your compensation, if any, from a criminal sentence will not cover your financial losses, you will have access to evidence for your attorney to use in your civil claim against the driver. Not only will you have laboratory tests showing the substance and levels of that substance, but police testimony, eyewitnesses, and more.

All of the evidence used against the motorist in their criminal case can be used in your civil case, and the burden of proof is much lower in a civil case than in a criminal case.

Therefore, even if they are found not guilty in criminal court, they could be found liable in civil court.

You Must Prove the Driver’s Negligence

Anyone driving a motor vehicle while high is negligent, and they are breaching their duty to drive responsibly and obey the rules of the road. However, you must still prove how their breach of care led to your accident and injuries. The driver’s intoxication levels must be the cause of the accident. That is where evidence from the criminal case might help, because you may have a toxicology report and a toxicologist willing to testify that the levels of the substance in the driver’s blood most definitely caused your accident.

You Have the Right to Seek Compensation

The most important thing to remember is that you have the right to seek compensation for your injuries. You did not cause the accident; therefore, you should not be the one bearing the financial burden that comes afterward.

What Compensation Can You Receive?

If you are the victim of an auto accident involving a high driver, you can receive compensation for all financial losses associated with the accident.

Now Is the Time to Hire an Attorney

The most important thing you can do after being involved in an accident with a driver you suspect to be high is to contact an injury attorney. Attorney, Seth Gladstein, from the Gladstein Law Firm, PLLC, can help you with your case. We hold intoxicated drivers accountable for their irresponsible actions, and we make sure our clients receive the compensation they deserve.

Get started by scheduling a no-obligation case evaluation today.