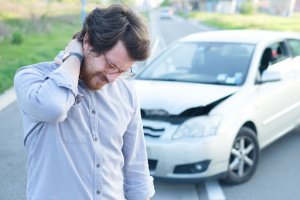 Commercial trucking accidents are often very complicated matters involving many moving parts. Because of their size and weight, commercial trucks can cause extensive property damage and catastrophic injuries. Driving a commercial truck takes specialized skills and training. Truck drivers and trucking companies are also subject to an additional set of operating regulations and driving laws beyond the general rules of the road. For this reason, trucking accident cases can involve a lot more legal work than an ordinary vehicle accident claim.

Sometimes truck drivers work together on the same run. Co-drivers help each other complete runs more efficiently by taking shifts driving and allowing each other time to rest. However, additional drivers can mean that co-driver liability and co-driver injury become factors in the outcome of an accident claim.

In Kentucky, the “pure” comparative fault law means that all the parties in an accident could share liability. A Kentucky court will determine each party’s percentage of fault. Any compensation won by the injured parties is reduced by their own percentage of fault. Hypothetically, let’s say the truck driver was falling asleep when he crashed into a passenger car where the driver was texting and didn’t see the truck coming into his lane. The co-driver knew the driver was fatigued and did not attempt to switch shifts. In this type of scenario, the jury could assign the truck driver 70% of the fault. Then they might determine that the co-driver was 20% responsible for not switching shifts, and the driver is 10% responsible for texting while driving. If the car driver’s claim is $100,000, this means that he would recover 90% or $90,000.

In co-driving situations, the idea is that one driver sleeps or rests while the other driver takes a shift behind the wheel. This system allows the drivers to cover ground more quickly. But co-drivers can sustain injuries if they are sleeping and the other driver gets into an accident. In such a scenario, who is liable for the co-driver’s injuries?

The Truck Driver’s or Other Driver’s Personal Insurance

There are several possible instances where a co-driver could be liable for damages from an accident, even if they were not the driver. The injured person must prove that the co-driver’s negligence somehow contributed to the crash and caused damages. Here are some different ways a co-driver can be liable for a trucking accident.

Anything that causes a truck driver to take their attention off the road, even for a moment, can be dangerous. A co-driver showing pictures on his phone to the driver—or in any way distracting them—is an example of this.

Co-drivers must act if the primary driver is not able to perform his job. An example could be if the driver is falling asleep or under the influence of drugs or alcohol. If the co-driver allows the truck driver to continue operating the truck while they are not mentally or physically suited to do so, the co-driver could be liable.

If one driver allows the other to violate regulations, they could both be liable for any resulting accident. For instance, suppose the driver does not take a mandatory break from driving, becomes overly fatigued, and crashes. If the co-driver allowed the driver to do this without attempting to take over driving duties, both drivers could be held responsible.

Recovering Compensation After a Truck Accident

Proving liability in a truck accident case involving co-drivers can be complicated. The outcome of the case and who might be liable largely depends on the circumstances. These accidents require a thorough investigation. The lawyer you hire must have experience and knowledge specific to handling truck accident claims.

The right attorney will collect the necessary evidence and build a strong case to help their client’s claim. They can help you figure out if you have to make a workers’ compensation claim or if you can make a claim to the trucking company. They will also determine who should be parties to the claim and put together a value for your case. They will handle negotiations with the insurance companies. Most injury cases settle outside of court because litigation is expensive and time-consuming. However, your lawyer must be ready to aggressively litigate your case in court if necessary to get a fair outcome.

Seth Gladstein and the legal team at Gladstein Law Firm, PLLC, are ready to fight for your legal rights. Seth Gladstein has almost two decades of experience handling injury trials. He takes pride in helping his clients recover compensation for their losses and holding the other side accountable for their negligence. If you suffered injuries in a commercial truck accident, you can trust Gladstein Law Firm, PLLC, to take care of your interests. Contact us today to schedule a consultation for your claim.