What Causes a Traumatic Brain Injury? 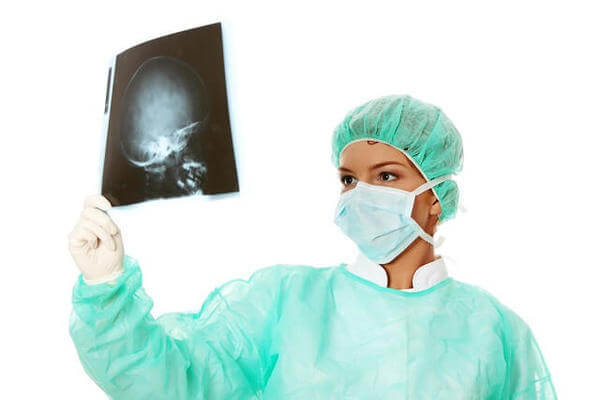 Traumatic brain injuries can occur any time the head experiences a violent, sudden blow or motion that causes injury to the brain. TBIs are one of the leading causes of disability and death in the United States, and they can occur in numerous settings like motor vehicle accidents, sports, and assaults.

A TBI forces the brain to make a connection with the inside of the skull, which in turn bruises the brain’s tissue. In some cases, nerve fibers may tear and internal bleeding and swelling can occur. When the skull cracks, that piece of fractured bone may enter the brain, furthering the damage.

Some common causes of TBIs in the United States include sports, gunshots, falls, car accidents, and aggressive assaults.

TBIs come in various forms, and not all will result in permanent disability or a fatality. In some cases, a person can make a full recovery. That is why it is imperative you understand the types of TBIs there are, how they are caused, and the potential outcome.

The Various Types and Common Causes of Traumatic Brain Injuries

Brain injuries can occur at any time and to anyone. You don’t have to be involved in an accident to suffer a TBI either.

Below you will find some of the common types of TBIs and the reasons they typically occur.

A concussion is a TBI. While usually mild, there are instances where a concussion can lead to permanent impairments.

Concussions can result from a variety of situations, including after whiplash in a car accident. In most cases, concussions will heal on their own. In more severe cases, a person may need rehabilitation.

Concussions occur when a direct blow occurs to the head or the brain experiences violent shaking – such as whiplash or shaken baby syndrome. Concussions can occur during open and closed-head injuries, and they are the most common type of TBI in the United States.

Concussions occur when the brain suffers an impact or movement change that stretches its blood vessels and can lead to cranial nerve damage in some instances.

Usually, in a concussion, a skull fracture or bleeding of the brain is not present, but the risk of permanent damage can still be there. Also, if a person does not allow a concussion to heal properly before suffering a second concussion, the damage could result in a permanent disability or fatality.

Typically, concussions take a few weeks to a year to heal, depending on their severity.

The most common situations where you will see a concussion include recreational sports, car accidents, and trip and fall injuries.

A contusion occurs when the head experiences a direct impact. Penetration does not have to occur to create a contusion. Contusions, just like on the outside of the body, are bruises to the brain that may include minor bleeding. A larger contusion could require surgical intervention – especially if a blood clot forms.

A diffuse axonal TBI is caused from a violent rotation or shake to the skull, such as shaken-baby syndrome. It can also occur in a motor vehicle accident, because the brain lags behind the motion of the skull and the rest of the body, which forces nerves and tissues in the brain to tear.

Diffuse axonal injuries typically result in more excessive tears, and the brain may release certain chemicals that can increase the injury. The brain’s normal communication receptors are often impaired, and a person can suffer from a coma with this type of TBI as well.

Diffuse axonal injuries are very serious, and if left untreated, they can be fatal. A person may recover from this type of TBI, but the risk for permanent impairment is higher than with a concussion.

Another common type of TBI is a penetrating injury. For example, a bullet to the skull or knife wound. Any time an object enters into the brain’s tissue, the results are often permanent. In a higher percentage of cases, a penetrating TBI will result in death. And if a person were to survive this type of injury, the risk of permanent disability is likely.

TBIs Are Not ABIs

One clarification that must be made is the difference between a Traumatic Brain Injury (TBI) and an Acquired Brain Injury (ABI). While both involve the brain, TBIs result in traumatic actions that injure the brain, while an ABI results from damage that doesn’t always require force outside of the body. Common forms of ABIs include anoxia, degenerative diseases, hereditary disorders, hypoxia, poisoning, drowning, tumors, and even a stroke.

Can You Receive Compensation for a TBI?

When your TBI is caused by a negligent party’s actions, then the law allows for you to collect compensation for your injuries and losses. For example, if you are involved in a serious motor vehicle accident that results in a TBI, you may be able to sue the at-fault driver for your injuries and damages.

Some damages for which you may be eligible include:

If you or a loved one was involved in a serious accident that resulted in a traumatic brain injury, explore your options for compensation by contacting an attorney as soon as possible.