Snapchat Off the Hook for a Distracted Driving Lawsuit 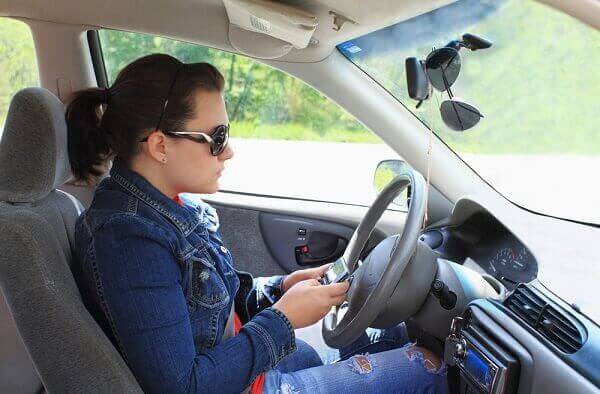 SnapChat, a popular app among teens and adults, allows individuals to post videos and messages that disappear anywhere from two to ten seconds after they are posted. It’s highly secretive, and very addictive. Already, there have been instances of accidents because drivers were too busy keeping up with SnapChat messages to focus on the road.

However, after the release of the SnapChat speed filter option, there was uproar from the local community as well as law enforcement. The filter allowed drivers to post their speeds at the time of their photos/videos.

In one such case, a driver decided to purposely speed in order to catch a high speed on her SnapChat message, which resulted in a 107 miles per hour speed and a devastating accident that left a man with permanent brain damage.

The complaint alleged that no one should be driving while using the SnapChat app, and that the company as well as the girl should be held liable. The case has received plenty of media attention, because distracted driving has become one of the biggest safety issues to plague our time.

In fact, studies have shown that distracted driving is one of the leading causes of teen deaths and serious accidents.

Should SnapChat be Liable for Accidents Occurring While One is Using the App?

A large majority of SnapChat’s users are teenagers. There are also a large majority who admit to using the app while driving, and the SnapChat Speed Filter means more would use the app. With young drivers obviously using the app behind the wheel, they are likely to be distracted.

The SnapChat filter, after all, measures how fast individuals are going and allows them to send it to friends. So, would the feature not encourage a teenager to speed to capture a fast filter mph for friends? This matters because SnapChat must have a duty owed to third parties who are injured in an accident because of a speeding driver using the app. Therefore, the court would have to determine if SnapChat could see foreseeable harm to that third party.

Other companies have been liable in the past for injuries caused by their users’ actions, such as bars who allow drunken drivers to leave, and then the drivers cause accidents. These are referred by the courts as Dram Shop claims.

Anyone would expect the company to “foresee” that the app would cause accidents. The company would have to expect drivers to use the app and speed or drive recklessly. After all, what other purpose would this filter have?

However, during the lawsuit, SnapChat pointed out that they have a disclaimer on the filter that states clearly to not use it while driving. However, the company could have taken measures to prevent using the app while driving, such as automatically disabling it after 20 miles per hour was registered on the device.

The case in Georgia was dismissed, however, after SnapChat’s lawyers argued that SnapChat is immune from claims under the Communications Decency Act of 1996, which gives online platforms immunity from what their users post on the platform.

It is important to note that while SnapChat could get away without liability in this instance, it may not be the case in the future. Also, just because SnapChat was dismissed from the lawsuit does not mean that the driver and her insurance company are not liable. The suit remains against the driver who caused the accident.

If a distracted driver injured you, regardless of whether he or she was using an app or not, you have the right to collect compensation for your injuries.

Contact the Gladstein Law Firm, PLLC today to explore your options. Schedule a free consultation now at 502-791-9000 or contact us online with your legal questions.

Will the Textalyzer Help Prove Distracted Driving Cases in the Future? What Are the Most Common Reasons for Birth Control Lawsuits?