Settlements versus Verdicts in a Personal Injury Case 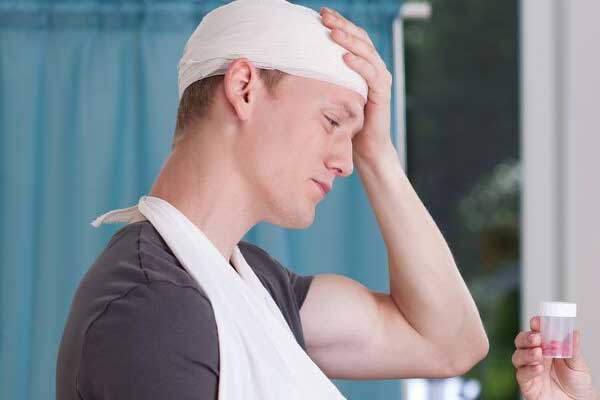 After being injured because of another person’s negligence, even if their actions were unintentional, you may have grounds to file a lawsuit against that party and receive compensation. A lawsuit, whether it is against the person or their insurance company, results in a verdict or settlement.

While both apply to civil cases, their outcomes and the process of getting there can be different.

Examining the Differences between Settlement and Verdict in Louisville Injury Cases

In their primary forms, a settlement is negotiated outside of the courtroom, whereas a judge or jury decides a verdict.

It is vital that you understand the pros and cons of each option and what they entail before deciding which is best for your injury claim.

How Does a Settlement in a Personal Injury Claim Work?

A settlement means that your attorney and the defense have agreed to resolve the case out of court. They will mutually decide on a one-time payment amount, and sometimes the defendant may not have to admit fault. There is no court decision, but the court still must approve the settlement amount.

What Are the Benefits to a Settlement?

Opting to settle instead of going to court does have its benefits. Most cases will settle out of court rather than go to verdict, and that is because:

What Are the Disadvantages to Taking a Settlement?

While most cases do settle out of court, sometimes plaintiffs choose to take their case to trial. Your attorney will advise you whether they think a settlement is better or if you have a better chance with the verdict by going to trial.

Before taking any settlement, you must consider the disadvantages. These may include:

When Should You Settle?

Your attorney is the best party for determining if your case should settle or go to trial. Rarely do personal injury cases go to trial, but that does not mean if you settle you would not receive fair compensation. Your attorney advocates for proper compensation amounts with the insurance company, and they will fight to have the insurance company pay your medical costs, lost wages, and more.

Often your attorney will advise you to settle if the evidence is strong enough and the insurance company is participating actively in negotiations. Also, if the settlement value of your case is lower than the cost to go to trial, your attorney might advise for settlement. Otherwise, there would be no point in taking it to trial.

How Does a Verdict Work?

The verdict is a judgment or decision where a judge or jury decides on your civil case. Once your case goes to trial, the jury has the job of listening to the evidence and the story from each side. Then, the jury will evaluate the evidence to determine if the defendant is at fault. If they decide the defendant is at fault, they will then go through the process of determining fair compensation.

Deciding fault is not the same as deciding guilt. Unlike criminal proceedings, you must only prove that the defendant was at-fault through a preponderance of the evidence – instead of proving beyond a reasonable doubt.

What Are the Benefits of Going to Trial?

If your attorney feels going for a verdict is better, they may do so for the following reasons:

What Are the Disadvantages of Going to Trial?

While there are benefits, going to trial does have a set of disadvantages too. These can include:

When Should You Go to Trial?

Going to trial is risky; therefore, your attorney will only advise taking your case to verdict when necessary. As stated before, juries are highly unpredictable. However, if the insurance company refuses to settle, your case is worth a high-value amount, or some acts qualify for punitive damages, it might be better to go to trial.

Consult with an Experienced Attorney in Your Area

Deciding between a settlement and verdict requires years of experience handling these types of cases.

You should not make this important decision alone. Instead, speak with an attorney to explore your options and see which path makes sense for your case.

Schedule a consultation today with attorney, Seth Gladstein, at the Gladstein Law Firm, PLLC. Call us now at 502-791-9000 or request more information online.

Who Is Liable for Medication Errors? Understanding Psychological Injuries from a Car Accident