Can You Sue Driver Who Causes Accident While on Prescription Meds 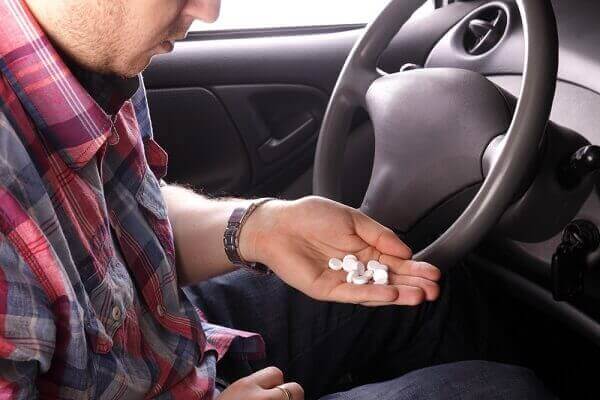 The misuse of prescription medications makes driving a vehicle unsafe. Like drunken driving, drugged driving puts everyone at risk, including the driver committing the infraction.


The Dangers of Drugged Driving

Most drivers are aware that it is illegal to drink and drive. They know the consequences and potential risks of doing so. However, those taking prescription medications may be unaware of how those medications affect their driving. Some medications cause drowsiness, while others reduce reaction times.

The effects of particular prescription medications will depend on what they do to the human brain. Some medications can “amp” a person up, causing him or her to drive aggressively or recklessly.

There is no way to accurately predict how one medication will react with all drivers, as everyone metabolizes and reacts to medications differently. Some people can function perfectly fine on sedative medications, while others are lethargic. And, if the person mixes those prescription medications with other substances, such as alcohol, it can create different effects.

The Statistics Are Alarming

Unfortunately, the numbers for drugged driving are not as accurate as drunken driving, because there are no field sobriety tests and not all accidents are flagged for prescription drug use at the time of the incident. Therefore, the numbers are expected to be highly underreported.

Could You Sue a Driver for Causing an Accident While on Medications?

The answer to this depends on a few factors. If the individual caused an accident while on prescription medications, it would depend on whether or not that prescription drug caused the accident, or if it was due to something else. If the medication is known to cause serious side-effects that impair a person’s driving, and the individual knew this but drove anyway, then there may be a case for negligence against the driver. If, however, the accident had nothing to do with the prescription medication, it is unlikely that you would have a claim. It may also depend on whether the person was abusing the drug (by taking more than indicated).

Were You Injured by a Drugged Driver? Contact a Personal Injury Attorney

If you or a loved one was involved in an accident with a drugged driver, you may be able to collect compensation based on negligence. To explore your options, contact Gladstein Law Firm, PLLC. Attorney Gladstein can examine the evidence and see if negligence played a role in your case.

Schedule a free, no-obligation consultation now by calling us or requesting an appointment online.

The Sabra Hummus Recall: Can I Sue for a Listeria Infection? Smart Windshields: Help or Hinder Distracted Driving Problem?