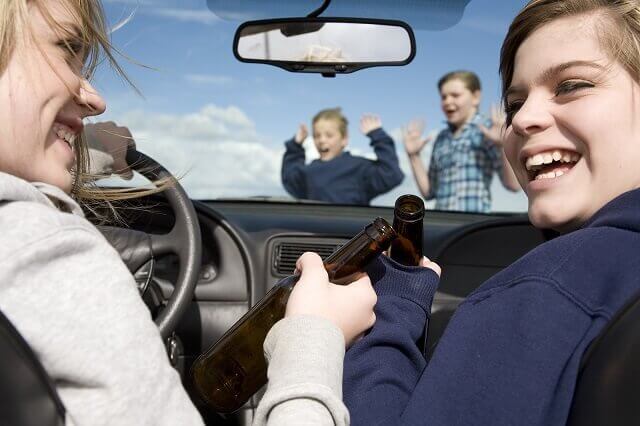 Most teen drivers pick up their bad and good driving habits from their parents. Parents who are poor role models behind the wheel often have children who show little responsibility when driving – and this may even increase the likelihood of them being involved in an accident. According to the Driving Change Report published by Allstate Foundation, teens consider their parents to be the biggest influence when it comes to their driving behaviors.

The Allstate Foundation’s report showed that parents are just as guilty as teens when it comes to poor and risky driving behaviors – especially when it came to things like distracted driving and even speeding. In fact, their study showed that:

Speeding and distracted driving are two of the biggest contributors to car accidents across the country – and both are illegal for most states. In fact, distracted driving can be just as dangerous as driving while under the influence of alcohol or drugs.

Unfortunately, adults still do not feel that distracted driving is dangerous – even after studies have shown the delayed responses and the dangers associated with removing eyes from the road even for a few seconds.

Most Parents Are Unaware of Teen Driving Habits – Good or Bad

Unfortunately most parents are clueless when it comes to the driving habits of their teens. They do not monitor their driving activities nor do they themselves exhibit good driving behaviors – only further influencing poor habits behind the wheel. Today, teen drivers are still one of the more dangerous groups behind the wheel and are a threat to those around them – especially when they engage in risky or dangerous behaviors.

Parents can help reduce their teen’s risk just by taking a more active role in helping them to develop good driving habits. Parents should also always exhibit good driving habits themselves – habits such as maintaining the speed limit, never driving recklessly and of course, refraining from distracted driving at all times.

If you or a loved one was injured because of a reckless or distracted driver, you may be entitled to compensation for your injuries. Contact Gladstein Law Firm, PLLC today for a free consultation. Schedule online or call us to get started.