How Many Cases of Nursing Home Abuse Go Unreported? 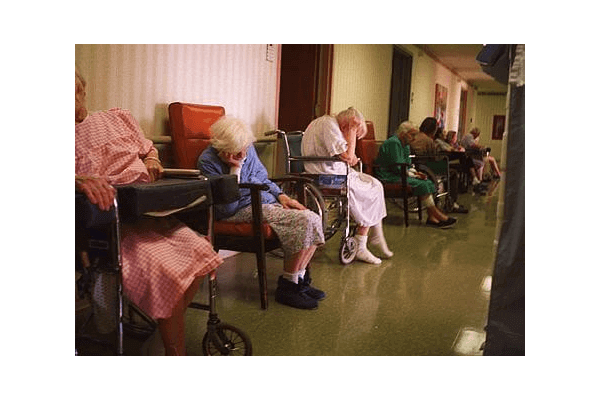 Description: The number of nursing home abuse and neglect cases that go unreported each year may surprise you. Know the signs and symptoms and what to do if you suspect abuse.

You worked tirelessly to pick the right nursing home for your loved one. You read the reviews and toured it numerous times. But despite your efforts, you suspect that your loved one is now the victim of abuse or neglect. Sadly, this instance is all too common. Family members find themselves confused at how they could have picked a facility that abused their loved one when it had no history of complaints or poor reviews online.

The reason for this is that most cases of nursing home abuse go unreported. According to investigative data, one out of four potential cases for sexual and physical abuse are unreported to law enforcement. This investigation comes from the Health and Human Services inspector general who issued an early alert about their samples taken from 33 different states. In that study, they found a gross number of cases went unreported, specifically because Medicare does not enforce the law that requires immediate notification of abuse to law enforcement.

What Louisville Residents Need to Know

Within that audit, which was reported by AARP, the inspector general found 134 cases where a patient visited an emergency room for potential sexual or physical abuse from a nursing home. These incidents spanned over the course of two years, starting in 2015. Illinois accounted for the highest volume of unreported cases, which was 17. Michigan closely follows with nine, and California with eight.

According to hospital records, out of these cases, 28 percent indicated that there was no call to local law enforcement. This is even though there is a federal law that prompts healthcare workers to report nursing homes for potential abuse. The statute has been in effect for over five years now. Therefore, healthcare workers are more than aware of this requirement. Furthermore, investigators found that while Medicare paid for the claims covering hospital bills for the suspected abuse, they too did not enforce the reporting or fine these services for failing to report – up to $300,000 per incident.

How Many Cases of Nursing Home Abuse Happen Per Year?

Right now, it is estimated that there are two million cases of elder abuse each year, and about one out of every ten older adults in the United States experience a form of abuse or neglect. Because these numbers are likely grossly underreported, no one can say for certain how many cases happen per year and how many incidents go unreported by hospitals, healthcare workers, and family members.

As the Elderly Population Increases, the Problem Will Too

The population of adults over the age of 65 is on the rise. As this number continues an uphill climb, the number of elderly abuse and neglect cases is likely to increase too. One 2010 census found that there were already more than 40 million people in the country who were over the age of 65. This accounts for 13 percent of the country’s population.

That number is expected to increase by 19 percent over the course of 40 years, and nursing homes will need to be ready to take on the demand.

Here are just a few things to consider when it comes to the state of nursing home safety over the course of 40 years:

You are the first line of defense against future cases of nursing home abuse. Not only will you protect your loved one, but you will be protecting others in that facility by reporting suspected abuse or neglect. To report it, you need to know the signs and what to look for.

Just some of the common indications that abuse or neglect has occurred may include:

Holding Nursing Homes Accountable for Neglect – You Need an Attorney

If you suspect abuse or neglect, report it to the local law enforcement agency in your area first. This ensures an official investigation is brought against the nursing home. In some cases, nursing homes could face criminal charges for their abuse and neglect.

Next, contact an attorney who has experience handling these types of cases to explore your options. Your loved one may be entitled to compensation for medical costs, pain, suffering, and more.

Schedule a free consultation with attorney Seth Gladstein at Gladstein Law Firm, PLLC now. You can call us at 502-791-9000 or reach us online at your convenience.

How Much Compensation Can You Receive for a Wrongful Death Claim? Doctors Make Mistakes Too: Examining the Most Common Medical Errors