How Can Traffic Tickets Affect a Personal Injury Case?

Home » How Can Traffic Tickets Affect a Personal Injury Case? 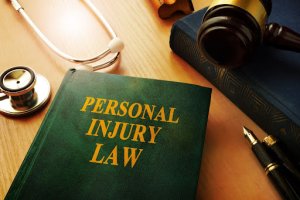 A traffic ticket’s effect on a personal injury case can be significant. A ticket does not always operate as the decisive factor in a case, however. Ultimately, only an experienced injury attorney with a deep understanding of your case can give you a definitive answer. Following, however, are some important principles that can help you estimate the effect of a traffic ticket.

Elements of a Personal Injury Claim

A personal injury claim, including an injury claim based on an auto vehicle accident, requires you to prove four distinct elements to establish liability. These elements are:

If the other party received a traffic ticket following the accident, that can serve as strong evidence of the first two elements.

This is a simple question with a complicated answer. The short answer is that sometimes they are and sometimes they are not. When they do count as evidence, the circumstances dictate the weight of the evidence that they represent. A traffic ticket that the police issued to the defendant might not be enough to win your case all by itself.

You can prove negligence by pointing to the specific circumstances of the accident. You can demonstrate negligence per se, however, merely by proving that the defendant violated a safety law and that your accident was among the class of dangers that the safety law was designed to prevent.

If the police issued the defendant a traffic ticket in relation to the accident that injured you, you might be able to use the fact of the defendant’s ticket to establish negligence per se. If successful, that would take care of elements 1 and 2 above. You would still have to prove damages and causation to establish liability.

Pleading Guilty vs. Pleading “No Contest”

When asked by a judge, “How do you plead?” many people only know of two possible answers: “guilty” and “not guilty.” There is another choice, however: “no contest.” If Kentucky cites the defendant in a personal injury case for a traffic violation related to the accident, the defendant’s best bet is to plead “no contest.”

You won’t necessarily lose your claim if the traffic court acquits the defendant. Traffic infractions are criminal offenses, and the prosecutor must prove a violation “beyond a reasonable doubt” to win. In a personal injury case, however, you are held to a much lower standard of proof known as “preponderance of the evidence.” This means that you can still introduce evidence that the defendant violated a traffic law even if they were acquitted in traffic court.

Relevance of the Infraction

To count as evidence in a personal injury claim, the traffic infraction must be relevant. If the defendant rear-ended you, for example, the fact that the responding officer ticketed the defendant for driving without brake lights is likely irrelevant to the damage they caused you. The reason for this is that the rear driver’s malfunctioning brake lights could not have caused them to rear-end someone else (unless perhaps they were hit from behind due to their malfunctioning brake lights and pushed into your vehicle).

Driving Without a License

The act of driving without a valid driver’s license is one of the most common traffic laws violated by people who cause traffic accidents. After all, it may well be the case that their poor driving habits are what caused them to lose their driver’s license in the first place.

Nevertheless, the mere fact of driving without a valid driver’s license generally irrelevant to a personal injury case, although it is a criminal offense in its own right. The victim cannot establish negligence by claiming that the accident would not have happened if the unlicensed defendant had stayed off the road as they should have.

Under Rule 404 of the Kentucky Rules of Evidence, you normally cannot use evidence of past traffic tickets against the at-fault driver, because it is inadmissible character evidence. Past traffic infractions or similar traffic-related offenses might be admissible under certain circumstances, however.

Suppose, for example, that you are claiming punitive damages from a “road rage” incident. You might be able to introduce evidence of previous road rage incidents to prove the defendant’s pattern of behavior.

What If You are the One who Received a Traffic Ticket After the Accident?

A traffic ticket’s effect on a personal injury case can also be decisive if you were the one who received a traffic ticket. In that case, the same rules apply to you that would have applied to the defendant. One of the most important steps to take when ticketed is to consult with an experienced injury legal practitioner to find out how your ticket can affect your case.

At Gladstein Law Firm, PLLC, we are no “new kid on the block.”  We have successfully handled hundreds of personal injury claims arising out of car accidents. If you have suffered an injury in a traffic accident, you need an injury lawyer. Contact us online today, so we can schedule a free consultation. If for some reason you are not able to visit us in our office, we will come to meet you.

What You Should Know About Medical Malpractice Lawsuit Challenges What Is the Average Settlement for Misdiagnosis in Kentucky?