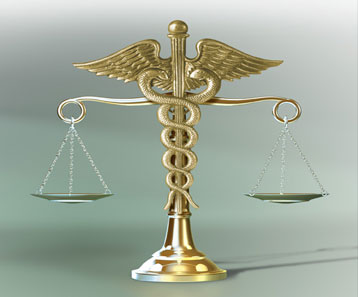 Many states currently have caps on monetary compensations for medical malpractice suits. Florida was among them until in March of 2014 when the Florida Supreme Court court overturned the laws allowing the caps. Florida, like many states, did not have a limit on compensation for economic damages, but they did have a limit on compensation for non-economic damages, such as pain and emotional distress. The limit was set at $1 million dollars, meaning that if a person were to suffer economic damages, such as the loss of income due to extensive healing periods, they could receive however much money those damages amounted to, plus up to an additional $1 million for the non-economic damages.

Why Did This Law Exist in the First Place?

The state argued for the law because it claimed that there had been an epidemic of medical malpractice cases in Florida, in which patients were winning highly lucrative cases against doctors and/or hospitals. The state said that since medical malpractice insurance companies had to pay these high sums of money, they were raising their rates, resulting in doctors not wanting to work in Florida.

However, the Florida Supreme Court did not agree with this line of argument, claiming that it is “irrational.” After all, each case is different, and in extreme instances, a person may deserve more than $1 million in compensation for non-economic damages. In the trial, an example was used of a young woman who died after doctors made mistakes during her caesarian section. The judge ordered that her parents and son be awarded $2 million in non-economic compensation, but the previous law caused the sum to be cut in half. Therefore, many perceived the previous laws as a ploy by insurance companies to avoid having to pay high compensation packages to victims of medical malpractice. Additionally, there does not appear to be any relationship between a state’s medical malpractice caps (or lack thereof) and the number of doctors interested in working in the state. Due to these findings of Florida’s Supreme Court, it would not be surprising if other states with caps on malpractice cases were considered and subsequently overturned.

As demonstrated by this issue, insurance companies will go to great lengths to limit the amount of money they are required to pay in medical malpractice cases. However, if you are involved in a medical malpractice case, there are ways that you can guarantee that your case is handled fairly and you get what you deserve in compensation. The most logical step is to hire a lawyer who specializes in these type of cases. Call Seth Gladstein today at 502-791-9000 and receive an initial consultation, free of charge. He has had a great deal of success representing clients in the past with their medical malpractice suits and he would be glad to represent you.