Can You Sue a Driver for Having a Heart Attack and Causing an Accident? 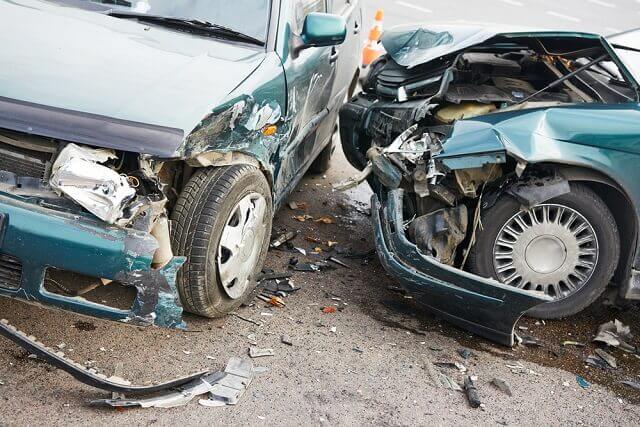 In most car accidents, the issue of fault is straightforward. For example, the other driver ran a red light. In other situations, the “at-fault” driver may suffer a medical emergency right before the accident. In this instance, the case is not as straightforward.

Car accidents have numerous intricacies. When an accident is not caused by outright negligence – such as rear-ending someone because the driver is too busy texting – the issue of determining fault is more complicated.

A pre-existing medical condition may cause a motor vehicle accident, such as a cardiac condition that leads to a driver having a heart attack behind the wheel. When medical conditions affect a person’s reactions or body and make it unsafe for them to operate a vehicle, they could still be negligent if they cause an accident.

Most states recognize that sudden medical emergencies happen, and if a car accident occurs during these situations, the person should not be liable for the accident. However, the driver must have an unforeseeable medical emergency that caused the crash.

What is “unforeseeable” and what constitutes something that the driver could have predicted?

Today, we will discuss the differences and how they play a role in an accident case.

Who Is at Fault for an Accident?

When an accident happens, the fault is assigned by which party was negligent. However, there is not a one-size-fits-all answer when it comes to assigning fault. Every accident and case are unique, and a variety of factors can swing fault one way or another. A medical condition may impact the severity of a crash, but may not be the cause.

A drivers’ impairment when it comes to a medical condition comes down to the role that medical conditions played in the accident. Severe impairment, such as an epileptic seizure, would require that the courts consider the illness at-fault and the driver negligent for not preventing their illness from causing an accident.

Is the Medical Condition Known or Unknown?

For example, a person has an undiagnosed heart condition, and they did not know that they were at-risk. While on the highway they suffer a massive heart attack which causes them to blackout and causes an accident.

This situation is a sudden medical emergency.

How Does a Sudden Medical Emergency Defense Work?

The requirements for this defense varies depending on where you live, but the defendant must prove:

Did the Driver Suffer Symptoms?

If the driver suffered symptoms before the accident, one could argue that the onset of a medical emergency was likely. A reasonable person would pull over before reaching the point of unconsciousness. Therefore, if the driver experienced symptoms and failed to pull over, they would be responsible for the accident.

How Foreseeable Was the Risk?

Another issue your attorney will look at is whether the risk of unconsciousness or a medical emergency was likely.

For example, a person who has no history of heart issues, but has a sudden heart attack while driving may succeed with such a defense strategy.

On the other hand, if the driver has a history of heart problems, and they have been told by their physician not to drive, they cannot use this defense strategy. Also, a driver with a history of heart conditions who fails to take their medication and then suffers a heart attack would still be liable.

Luckily, not all states allow sudden medical emergency defenses. In Kentucky, there is the “blackout” defense. In this case, it is an affirmative defense only if the defendant can demonstrate that they became suddenly incapacitated while driving and the accident was a direct result of that blackout. They must prove that the sudden blackout was not foreseeable (Rogers v. Wilhelm-Olsen).

Who Pays If the Accident Was a Sudden Medical Emergency?

Even if you are in an accident and the driver succeeds with a sudden medical emergency defense, you still have options for receiving compensation. Your car insurance policy is there to protect you in instances just like this. You can use your coverage to pay for medical costs, property damage, and lost wages – after you pay your share of the deductible.

Getting Help for an Accident Caused by a Sudden Medical Emergency

If you have been injured in an accident and the at-fault party is claiming a sudden medical emergency, it is imperative that you hire a personal injury attorney. An attorney can help you deal with your insurance company, but also investigate and make certain that the at-fault party did not play a role in the accident or have a foreseeable risk.

For your injuries, schedule a consultation with the Gladstein Law Firm, PLLC. You can request a free, no-obligation consultation now at 502-791-9000 or request more information online.

How Much is My Wrongful Death Case Worth? An In-Depth Nursing Home Checklist