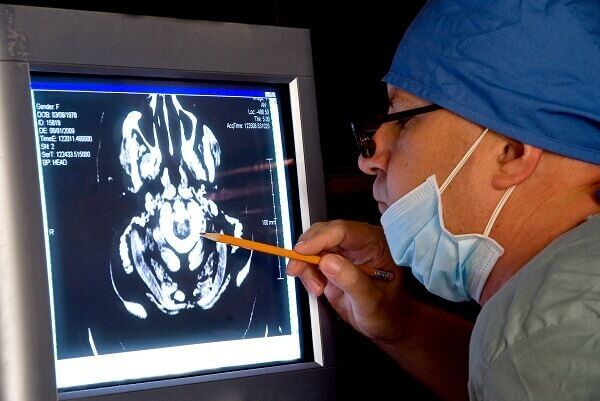 Every March, Brain Awareness Week comes, and this year it will be hosted from March 12 to 18th. The purpose of BAW is to increase public awareness of brain research. This research helps discover new treatments for brain damage, diagnose brain disabilities easier, and even research degenerative diseases like Alzheimer’s.

In recognition of Brain Awareness Week, we wanted to talk about traumatic brain injuries (TBI), and how it is critical that victims with a TBI seek medical treatment immediately.

What Louisville Residents Need to Know about TBIs

A traumatic brain injury covers a broad array of disabilities and symptoms. Therefore, it is a complex diagnosis, but one that must be made and addressed. Some TBIs could become life-threatening, while others can become disabling if they are misdiagnosed.

What Is a TBI?

A TBI can range from a mild loss of consciousness to a penetrating injury to the brain. The impact of a TBI varies depending on the severity of the injury. There are various levels of TBIs, which include:

As you can see, there are various types of TBIs for a physician to diagnose, and each will have their set of symptoms and complications. Regardless, a physician is trained to recognize the symptoms of a brain injury, and when they fail to diagnose a victim correctly, they could be found liable for malpractice.

Levels of a TBI

There are scales, such as the Glasgow Coma Scale, which helps physicians diagnose the severity of a TBI.

TBIs can have no symptoms, while other times there are signs that a person has suffered a brain injury. These symptoms include:

How Is a TBI Misdiagnosed?

Due to the life-long effects of a TBI, early diagnosis is critical. Some TBIs do not require any treatment, but other times immediate surgery may be necessary. Typically, a brain injury is misdiagnosed or missed entirely because:

What Are the Legal Ramifications of a Brain Injury Being Missed?

Any delay in treatment can be fatal, especially for brain bleeds or swelling. Also, there are physical, financial, and emotional costs that come with a missed diagnosis.

The legal ramifications of a missed diagnosis can include:

Consult with an Injury Attorney if Your TBI Was Misdiagnosed

Schedule your no-obligation, free case evaluation at 502-791-9000 or contact us online.