Average Settlement for a Bicycle Accident Lawsuit in Louisville

Home » Average Settlement for a Bicycle Accident Lawsuit in Louisville 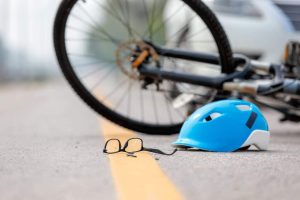 While bicycles are a great way to get around Louisville, especially this time of year, the crowded city streets can also be very dangerous. If you suffered through a Louisville bike accident, you will very likely have a long road to recovery. However, under Kentucky law, you can also pursue a bicycle accident lawsuit against the party responsible for your injuries.

If you have been injured in a bicycle accident, contact Seth Gladstein at Gladstein Law Firm, PLLC today.

What Are the Most Common Causes of Bicycle Accidents?

Bicycle accidents don’t just happen; they are almost always the result of someone’s negligence. In some cases, cyclists are not paying attention or unexpectedly jut out into traffic. However, a large percentage of bicycle accidents are caused by driver error.

There are many ways a negligent driver can cause a bicycle crash. Below are a few of the most common causes of bicycle accidents:

Failure to Yield the Right of Way

Many motorists are not accustomed to driving around cyclists. Thus, they may not be aware that Kentucky bicycle laws require drivers to treat bicycles the same way as they treat cars. This means that drivers must yield the right of way to a cyclist whenever they would yield to another car. Failure to yield the right of way often comes up in stop sign accidents, left-turn accidents, and merging accidents.

Under Kentucky law, cyclists are permitted to ride on the sidewalk; however, most ride on the street. In many ways, street riding is safer because it gives drivers a better opportunity to see you. However, when a driver is distracted because they are on their phone, talking with passengers, or daydreaming, they may drift out of their lane, crashing into a nearby cyclist.

Regardless of what caused an accident, the at-fault driver may be liable for any cyclist injuries. However, the amount of bicycle accident compensation available to accident victims depends on several factors. Read on to learn more about the average settlement for a bicycle accident in Louisville.

Whether the Cyclist Was at Fault

The Extent of the Cyclist’s Injuries

The Future Medical Care Needs of the Injured Bicyclist

Bicycle accident victims who successfully bring a claim are entitled to recover for their future medical care costs. Thus, if your injuries are such that you may require surgery in the future or a lengthy course of physical therapy, this should be included in your settlement.

Suffering serious injuries in a bicycle accident often has a long-term impact on a victim’s life—and not just in a financial way. For example, accident victims may face a lifetime of physical or cognitive limitations. Any settlement offer must consider the non-economic damages a victim suffered due to the accident.

The Threat of Litigation

Of course, given all these variables, it is hard to pinpoint a Louisville bicycle accident average settlement. Every case is different, and while some bicycle accident lawsuits result in the victim obtaining no compensation at all, others can end in million-dollar verdicts. A Louisville bike accident lawyer can provide accident victims with a personalized assessment of their case to give them a better idea of what to expect.

Are You Considering a Bicycle Accident Lawsuit?

If you were recently hit by a vehicle while riding your bike or otherwise injured due to another’s negligence, reach out to the Gladstein Law Firm, PLLC, for immediate assistance. For over a decade, Seth Gladstein has provided aggressive representation to accident victims and their families. He can help you identify all possible theories for recovery and effectively prepare your case. Often, Seth can resolve his clients’ cases through a favorable settlement, avoiding the need for a long and stressful trial. To learn more and schedule a free consultation today, give us a call or connect with us through our online form.