Should Aging Doctors Be Given Competency Tests? 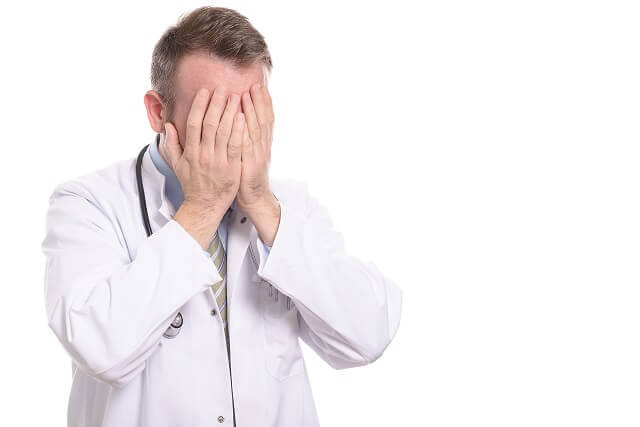 The idea of testing aging doctors, especially those over the age of 60, seems a little invasive – especially to practicing physicians. Physicians already must undergo peer reviews, continuing education requirements, certification maintenance and their own self-assessment. Would subjecting them to competency tests, due to their age, reduce the number of medical errors seen in the country?


Most physicians feel that there are plenty of professional triggers that can prompt the need for testing – therefore, there shouldn’t be a standard age for such testing. Signs like missing appointments, slurring speech, miswriting prescriptions, failing to show up for procedures, becoming difficult to deal with, etc. are all prompts for testing. Having a separate examination just because of a physician’s age could be considered discriminatory. The age requirement could also mean that physicians under the age cutoff could lack competency, but not be tested.

Age and Competency Are Related

It is true that an aging mind will eventually start to deteriorate, but that doesn’t mean that there is a specific age when decline takes hold. In addition, the age of decline will vary depending on the person. There are plenty of physicians today who practice at an older age – and who are more than competent.

This issue is why the American Medical Association’s (AMA) House of Delegates voted that they would establish formal guidelines and a systematic approach for testing the competency of their physicians. The delegates approved a 21-page report that discussed the ways that age affects a physician’s mental and physical abilities. The AMA has recognized that typical age changes include aspects like vision, hearing, motor skills and memory. All of these could affect a physician’s ability to care for patients – in fact, suffering from even one diminished sense could dramatically increase patients’ risk for injury.

The prospect of competency tests is a touchy topic among aging physicians, since most are against being scrutinized for their age.

Some hospitals are privately employing their own competency tests to protect themselves from vicarious liability lawsuits. Most of these tests, however, are scaled using the same competency tests that assess airline pilots. This can lead one to question whether these hospital tests address the unique core competency requirements for doctors, since they may be testing things irrelevant to the physician’s skills.

In order for a physician to work in any state, he or she must be licensed and meet the requirements of that state’s medical board. This typically includes an evaluation of the doctor’s medical education and training, malpractice history and any professional disciplinary actions taken against him or her. Licenses are renewed each year or bi-annually – depending on the state. That means that each year, or every other year, these same physicians are constantly being scrutinized. So, is competency testing according to age really necessary?

For now, this testing is not an official requirement. Even so, more states and the AMA are recognizing the potential hazards of an aging physician practicing medicine without competency screenings. More states and hospitals are deploying assessments to monitor their physicians, but they are not just focusing on age – instead, they are focusing on overall performance.

Were You Injured by an Incompetent Physician? Contact Gladstein Law Firm

If you were injured because your physician lacked competency – regardless of his or her age – contact Gladstein Law Firm. We offer assistance for medical malpractice cases and can help you receive the compensation you deserve. Call us today to schedule your free consultation today or fill out our online contact form with your questions.

Blood Transfusions: What Risks Are Involved? Common Myths About Whiplash